Let's have an orderly Brexit! 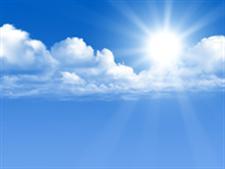 Blink and you may have missed it! Read the  Spring Statement summary here.

Sandwiched between a series of crucial Brexit votes, much of the Chancellor’s Spring Statement consisted of appeals to parliament to deliver an orderly exit from the EU. The Spring Statement clearly had undertones reflecting the mood of the time.

However, the Chancellor was confident that the economy was in good shape.

The current forecast for the next five years was for continued positive growth in both employment and wages, with an expectation that this will be achieved within their stated inflationary targets.

The other areas he touched on are also nothing new. A continued focus on tax avoidance and confirmation of a Spending Review in the summer. As well as minor consultation and guidance points on Child Trust Fund maturities and EIS fund approvals respectively.

April will see the usual changes to the income tax rates and allowances as well as national insurance contributions. This year, there will be another significant hike in the minimum auto-enrolment contributions for workplace pensions, further increases in the tax on company cars and another £25,000 added to the inheritance tax residence nil rate band, taking it to £150,000.

The uncertainty of Brexit from a political perspective was clear for all to see today and the impacts of the parliamentary votes in the coming hours, days and weeks are yet to be known. However, what is clear is that the need for ongoing advice does not change.

Our summary includes a useful recap of the key changes for the forthcoming 2019/20 tax year that have already been announced and passed into law.

How Can We Help Today?

We provide commerical finance, commercial mortgages and business loan solutions to clients across Swansea, Cardiff, South Wales and the UK.

We are a credit broker, not a credit lender. We charge a fee but may also be paid a fee by the lender, the amount varies.